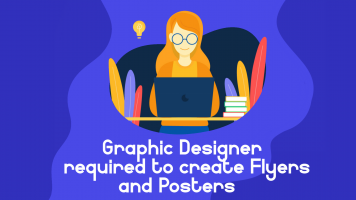 Kind of opportunity: Skills for Good

About the opportunity – PURAIYUR WELFARE TRUST is looking for volunteers who can support them in designing flyers and posters which will showcase the work done by them.

About the Organization-Puraiyur Panchayat Union Middle School is more than Five decades old & due to lack of student admissions; it was on the verge of a shut down that could have affected the education of the children in and around the village. In order to prevent this, like-minded youth and the public of the village formed a group called Puraiyur Development Team aimed to retain the government school and perform welfare activities. In April 2017, it was decided to register it as a Trust.

1.Discovery - Call with the NGO POC to understand the requirement
2.Design -  Study the requirement from the NGO
3.Develop - Start developing the final design after an approval on design phase
4.Deliver - Present the solution to the non-profit

Please enter your email and get update for MyKartavya programs